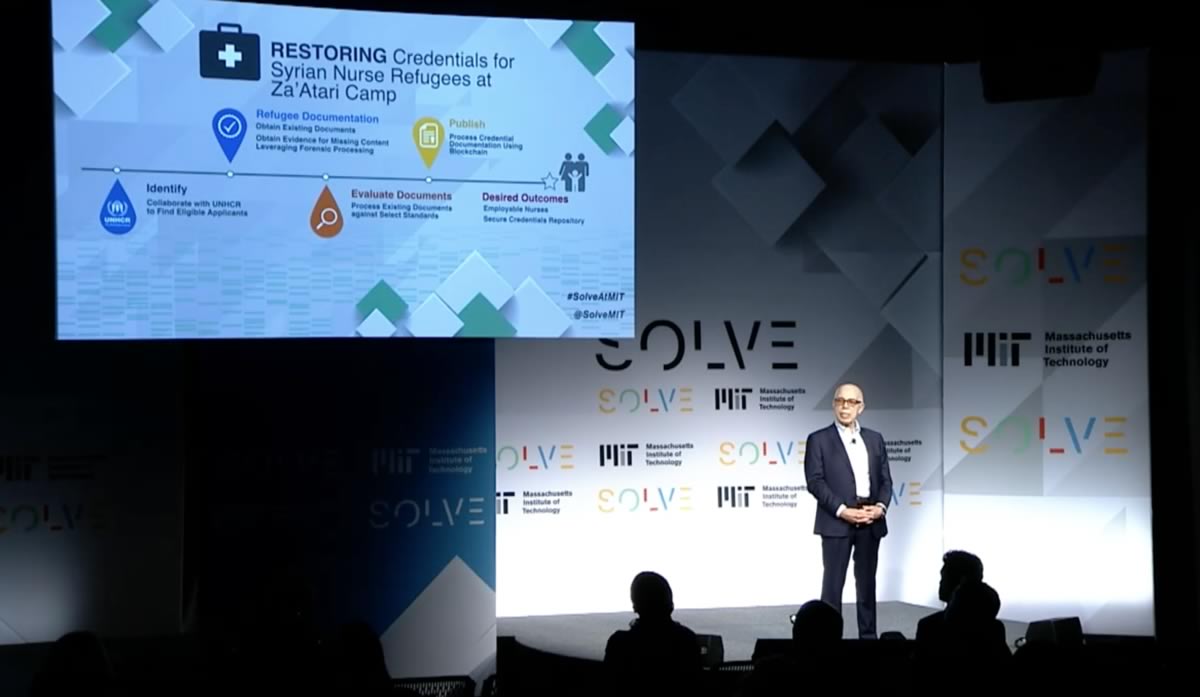 May 17, 2019
Credential Restoration for Refugees

CGFNS International, Inc. unveiled its plan to restore the credentials of nurse refugees during a presentation at the Massachusetts Institute of Technology’s MIT Solve business incubator on May 9, 2019.

CGFNS President and CEO Franklin A. Shaffer, EdD, RN, FAAN, FFNMRCSI attended the annual Solve at MIT meeting to demonstrate how and why CGFNS will leverage its rigorous verification and evaluation standards alongside forensic processes to restore the credentials of qualified nurse refugees who lost everything when they were forced to flee their homeland. These credentials will then be permanently stored in a secure blockchain-enabled repository, accessible anytime, anywhere. In other words, these nurses will always have proof they are qualified to practice.

The restoration program will be piloted at the Za’Atari Refugee camp in Jordan, which has grown to become the fourth largest city in the kingdom. CGFNS is working with UNHCR and Jordanian officials to identify and access potential candidates for the program.

The Solve at MIT event connects hundreds of cross-sector leaders with the MIT community to address some of the world’s most pressing issue. In 2018, CGFNS was one of around 30 innovators chosen to become a Solver out of a pool of 1,150 applicants. CGFNS received a grant from MIT Solve to jumpstart its solution to some of the world’s most pressing problems: addressing the worldwide refugee crisis of more than 60 million people and the global nursing shortage of around 9 million.

Watch Dr. Shaffer’s full remarks in the video below: